Back to News Home 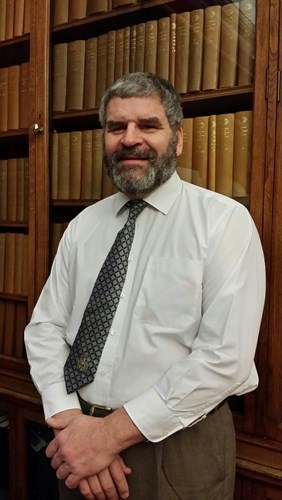 It is with great delight that we congratulate David Whitmore on his recent Award of the prestigious Queen’s Ambulance Medal in the Queen’s New Year’s Honours List. He will be invited to attend a ceremony at Buckingham Palace later in the year to receive his award from Her Majesty the Queen.

David is also well known and respected in the Mountain Rescue world, being a member of the Derby Mountain Rescue Team who provide life-saving assistance in the Peak District.

This is without mentioning the service he has given to the Faculty of Pre-Hospital Care here in Edinburgh. He has been Treasurer of the Faculty for 3 years and Co-Vice Chair for 18 months.

The Queen’s Ambulance Service Medal (QAM) honours an elite group of ambulance crews and control room staff who have shown exceptional devotion to duty, exemplary ability, merit and conduct in their roles within NHS Ambulance Services. Established in 2011, the award is only allowed to be nominated to ten people throughout the UK each year.

This is richly deserved for an illustrious 36 career in Pre Hospital Medicine, working with the Health and Care Professions Council (HCPC) and playing a part in developing the training of new ambulance crews. He currently serves with the London Ambulance Service; the busiest emergency ambulance service in the UK.

Select a year and month from the headings below to view news items from that month.